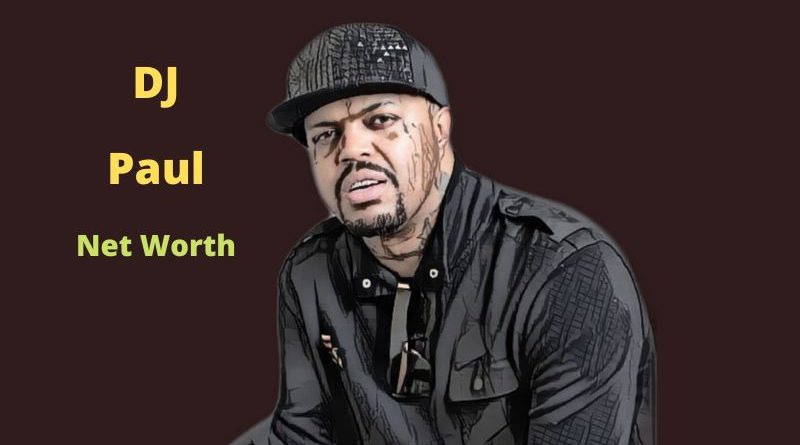 How much is DJ Paul‘s net worth?

Who is DJ Paul?

In 1988, DJ Paul started his career as a disc jockey. He later formed the duo the Serial Killaz with Lord Infamous, releasing numerous solo tapes in their neighborhood and school.

With Juicy J and Lord Infamous, Paul formed the group Triple Six Mafia. The group later got joined by Koopsta Knicca, Crunchy Black, and Gangsta Boo, changing its name to Three 6 Mafia in 1991.

In 1995, the group rose to prominence with the release of their debut album Mystic Stylez which became an influential cult classic. As of 2016, the group has sold over 5.5 million records worldwide.

Aside from music, DJ Paul founded the record label Scale-A-Ton Entertainment in 2009. He is also the part owner of FaZe Clan, a professional esports and entertainment organization.

In 2022, DJ Paul starred in an American reality comedy film, Jackass Forever. The film became a commercial hit, grossing over $80 million at the box office.

What is DJ Paul’s Net Worth?

DJ Paul has an estimated net worth of $20 million as of February 2023. He has earned all his fortune from his rapping, acting, and songwriting career.

Moreover, he is involved in various business ventures, including real estate and film production. He owns a collection of BBQ seasonings and is also a spokesman (legal version) of the drink Sizzurp.

How did DJ Paul become a millionaire?

DJ Paul began his career as a disc jockey in the late 1980s. He was eleven when he joined the Memphis club “380 Beale”.

Soon after, Paul formed a duo, The Serial Killaz, with Lord Infamous. They started releasing solo tapes selling in their local shops, school, and neighborhood.

In 1992, they released their first tape, Portrait of a Serial Killa, followed by two parts of Come with Me 2 Hell.

However, after the entry of Koopsta Knicca, Gangsta Boo, and Crunchy Black, the group got renamed Three 6 Mafia.

A career with Three 6 Mafia

In 1995, the hip-hop group released their debut album Mystic Stylez. The album peaked at #59 on US Top R&B/Hip-Hop Albums.

In 2000, the group released their fourth studio album, “When the Smoke Clears: Sixty 6, Sixty 1”. The album became commercially successful, getting platinum certified by RIAA and charting #6 on the US Billboard 200.

Moreover, the group rose to prominence after releasing the sixth studio album, Da Unbreakables (2003). The album charted #4 on the US Billboard 200 and got gold certified by RIAA.

In 2006, members of the group won an Academy Award for Best Original Song for “It’s Hard out Here for a Pimp” from the film Hustle & Flow.

Unfortunately, the group got into conflict for their musical style with the label Sony, releasing their last album, Last 2 Walk (2008).

DJ Paul became a solo artist after the release of his first debut album, Underground Vol. 16: For da Summa, in 2002. The album charted #127 on the US Billboard 200 and #7 on the Independent Albums.

Some of his other notable works include;

Other than music, DJ Paul appeared in several films and television series. Some of his guest appearances include MTV Cribs, WWW Monday Night Raw, The Tonight Show with Jay Leno, Celebrity Wife Swap, and Ridiculousness.

Among his various business ventures, Paul has a fashion line Dangerus/Skandulus. He formed a record label Scale-A Ton Entertainment in 2009.

DJ Paul was born on 12th January 1977 in Whitehaven, South Memphis, as Paul Duane Beauregard. According to his date of birth, DJ Paul is 45 years old.

In the late 1980s, Paul got interested in a rapping career. However, he later started working as a disc jockey for the Memphis club “380 Beale”.

Paul is also known for being the uncle of the late American rapper Lord Infamous.

His right arm is underdeveloped due to a condition called Erb’s Palsy. It causes injury to nerve roots C5 and C6 during delivery.

Paul usually wears a cast to cover his right arm.

DJ Paul attended Whitehaven High School for his studies. He got graduated in 1995.

Do you want to know the physical appearance, height, and weight of DJ Paul?

DJ Paul is not married yet.

Is DJ Paul in a relationship?

However, he got engaged to Majda Baltic. Majda is the founder and CEO of Majdas Touch Insurance, Inc.

The two also participated in an episode of the reality TV show Celebrity Wife Swap with football wide receiver Plaxico Burress and his wife in 2014.

Soon after, they ended their relationship.

Who is DJ Paul dating now?

According to The Blast, DJ Paul is dating Perla Hudson, the ex-wife of legendary Guns N’ Roses guitarist Saul Hudson.

Paul is the father of a son named Nautica Beauregard from his past relationship.

DJ Paul is an established disc jockey, rapper, songwriter, and record producer. He got famous for being a part of hip hop group Three 6 Mafia.

Paul got interested in music at the age of eleven. He later started as a disc jockey in a Memphis club, “380 Beale”.

However, he found stardom with the Three 6 Mafia group. In the 1990s, Paul created multiple studio albums and mixtapes that earned him global recognition.

Moreover, he has his fashion line, Dangerus/Skandulus, in collaboration with Juicy J. He also appeared in numerous television series and films.

Recently, Paul did a cameo soundtrack with Yelawolf in the film Jackass Forever (2022).

What is DJ Paul’s real name?

Where was DJ Paul born?

How tall is DJ Paul?

How old is DJ Paul?

How many children does DJ Paul have?

DJ Paul has one child (son) from his past relationship.

What do you think about DJ Paul’s net worth 2023? Comment below. 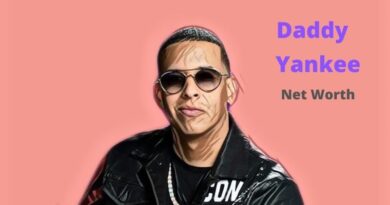 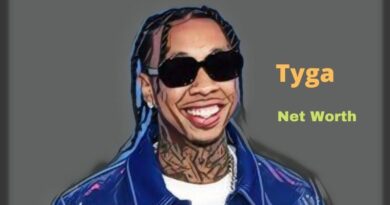 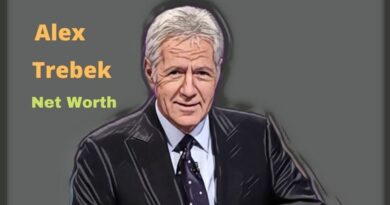